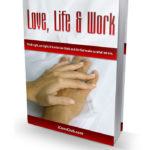 By exercise of its faculties the spirit grows, just as a muscle grows strong thru continued use. Expression is necessary. Life is expression, and repression is stagnation–death.

Yet, there can be right and wrong expression. If a man permits his life to run riot and only the animal side of his nature is allowed to express itself, he is repressing his highest and best, and the qualities not used atrophy and die.

Every religion is made up of two elements that never mix any more than oil and water mix. A religion is a mechanical mixture, not a chemical combination, of morality and dogma. Dogma is the science of the unseen: the doctrine of the unknown and unknowable. And in order to give this science plausibility, its promulgators have always fastened upon it morality. Morality can and does exist entirely separate and apart from dogma, but dogma is ever a parasite on morality, and the business of the priest is to confuse the two.

But morality and religion never saponify. Morality is simply the question of expressing your life forces–how to use them? You have so much energy; and what will you do with it? And from out the multitude there have always been men to step forward and give you advice for a consideration. Without their supposed influence with the unseen we might not accept their interpretation of what is right and wrong. But with the assurance that their advice is backed up by Deity, followed with an offer of reward if we believe it, and a threat of dire punishment if we do not, the Self-appointed Superior Class has driven men wheresoever it willed. The evolution of formal religions is not a complex process, and the fact that they embody these two unmixable things, dogma and morality, is a very plain and simple truth, easily seen, undisputed by all reasonable men. And be it said that the morality of most religions is good. Love, truth, charity, justice and gentleness are taught in them all. But, like a rule in Greek grammar, there are many exceptions. And so in the morality of religions there are exceptional instances that constantly arise where love, truth, charity, gentleness and justice are waived on suggestion of the Superior Class, that good may follow. Were it not for these exceptions there would be no wars between Christian nations.

The question of how to express your life will probably never down, for the reason that men vary in temperament and inclination. Some men have no capacity for certain sins of the flesh; others there be, who, having lost their inclination for sensuality through too much indulgence, turn ascetics. Yet all sermons have but one theme: how shall life be expressed? Between asceticism and indulgence men and races swing.

Asceticism in our day finds an interesting manifestation in the Trappists, who live on a mountain top, nearly inaccessible, and deprive themselves of almost every vestige of bodily comfort, going without food for days, wearing uncomfortable garments, suffering severe cold; and should one of this community look upon the face of a woman he would think he was in instant danger of damnation. So here we find the extreme instance of men repressing the faculties of the body in order that the spirit may find ample time and opportunity for exercise.

Somewhere between this extreme repression of the monk and the license of the sensualist lies the truth. But just where is the great question; and the desire of one person, who thinks he has discovered the norm, to compel all other men to stop there, has led to war and strife untold. All law centers around this point–what shall men be allowed to do? And so we find statutes to punish “strolling play actors,” “players on fiddles,” “disturbers of the public conscience,” “persons who dance wantonly,” “blasphemers,” and in England there were, in the year 1800, thirty-seven offenses that were legally punishable by death. What expression is right and what is not, is simply a matter of opinion. One religious denomination that now exists does not allow singing; instrumental music has been to some a rock of offense, exciting the spirit through the sense of hearing, to improper thoughts–“through the lascivious pleasing of the lute”; others think dancing wicked, while a few allow pipe-organ music, but draw the line at the violin; while still others use a whole orchestra in their religious service. Some there be who regard pictures as implements of idolatry; while the Hook-and-Eye Baptists look upon buttons as immoral.

Strange evolutions are often witnessed within the life of one individual. For instance, Leo Tolstoy, a great and good man, at one time a sensualist, has now turned ascetic; a common evolution in the lives of the saints. But excellent as this man is, there is yet a grave imperfection in his cosmos which to a degree vitiates the truth he desires to teach: he leaves the element of beauty out of his formula. Not caring for harmony as set forth in color, form and sweet sounds, he is quite willing to deny all others these things which minister to their well-being. There is in most souls a hunger for beauty, just as there is physical hunger. Beauty speaks to their spirits through the senses; but Tolstoy would have your house barren to the verge of hardship. My veneration for Count Tolstoy is profound, yet I mention him here to show the grave danger that lies in allowing any man, even one of the wisest of men, to dictate to us what is best. We ourselves are the better judges. Most of the frightful cruelties inflicted on men during the past have arisen simply out of a difference of opinion that arose through a difference in temperament. The question is as alive to-day as it was two thousand years ago–what expression is best? That is, what shall we do to be saved? And concrete absurdity consists in saying that we must all do the same thing. Whether the race will ever grow to a point where men will be willing to leave the matter of life-expression to the individual is a question; but the millennium will never arrive until men cease trying to compel all other men to live after one pattern.

Most people are anxious to do what is best for themselves and least harmful for others. The average man now has intelligence enough: Utopia is not far off, if the self-appointed folk who rule us, and teach us for a consideration, would only be willing to do unto others as they would be done by, that is to say, mind their own business and cease coveting things that belong to other people. War among nations and strife among individuals is a result of the covetous spirit to possess.

A little more patience, a little more charity for all, a little more love; with less bowing down to the past, and the silent ignoring of pretended authority; a brave looking forward to the future, with more self-confidence and more faith in our fellow men, and the race will be ripe for a great burst of life and light.