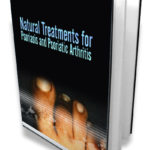 Psoriasis is a condition that is suffered by many millions of people all over the world, with various developed countries reporting incidence rates that are remarkably similar.

Furthermore, it is suggested in some quarters that up to 20% of the population of the USA may have some form of psoriasis ranging from the very mild to severe, and that perhaps as many as 4.5 million people could be serious psoriasis sufferers.

On top of this, it is reported that there are 150,000 new cases of psoriasis reported every year in the USA alone, so if it is assumed that psoriasis is as prevalent in other countries as it is in the States, it clearly represents a significant problem on a global scale.

For psoriasis sufferers, there is something of a ‘good news, bad news’ paradox with which most of these people have undoubtedly already learned to live.

Furthermore, because it can develop into something far more unpleasant and painful, psoriasis is a condition that sufferers have to treat.

As with any medical condition or complaint, there are many different ways of treating or dealing with psoriasis, some of which are dependent on pharmaceutical drugs whilst others are completely natural. And of course, it almost always follows that treating any medical condition naturally is the best way of doing things if such treatments are going to be appropriate and effective.

The purpose of this book is to examine what psoriasis is and what causes it in greater detail, before looking at the various different ways of treating the condition.